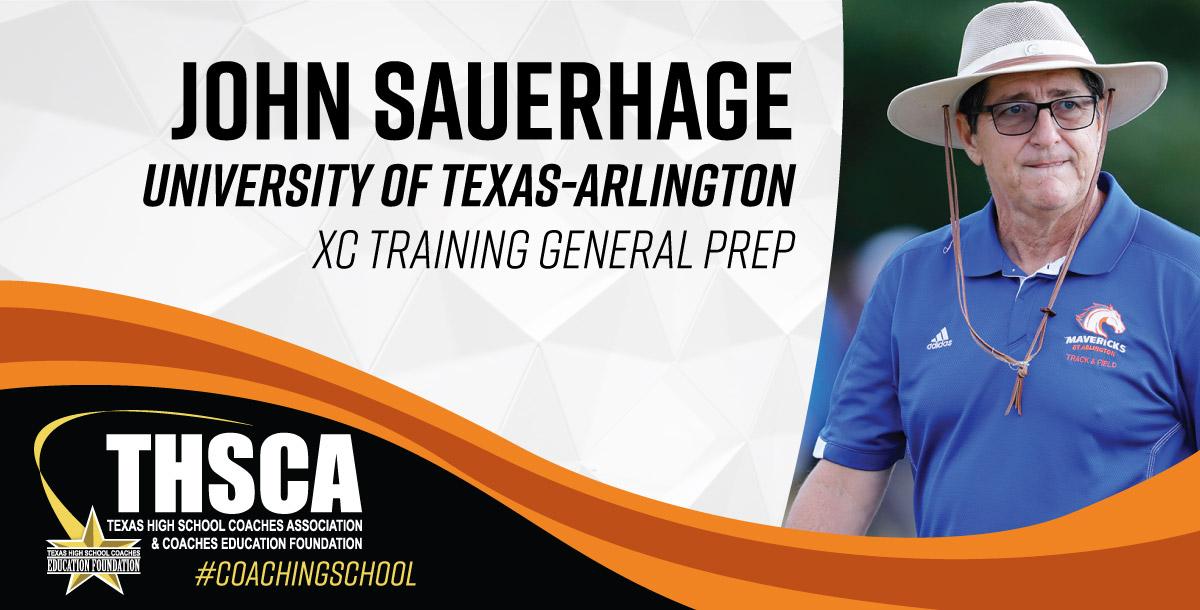 UT Arlington alumnus John Sauerhage has led Mavericks' teams to 33 conference championships during his coaching career, the most by any coach in any sport in school history. Sauerhage, who took over the men's and women's track and field and cross country programs in 1996, has also been recognized as his conference coach of the year an athletic department-record 33 times.

Four times his squads have collected conference "triple crowns" by sweeping the cross country, indoor and outdoor track championships in the same academic year. The women's team accomplished the feat in 1997-98 and again in 2000-01 in the Southland Conference. The men's team secured triple crowns in 2013-14 and 2016-17, the first and only two recorded in Sun Belt Conference history.

His team championships have been well balanced throughout the sports, with the men winning seven indoor, six outdoor and six cross country titles, while the women have nabbed six indoor, four outdoor and four cross country crowns.

During his tenure, Sauerhage has coached 45 athletes who have received All-America honors, including seven in the 2018-19 school year alone. Highlighting the all-time list is Alexus Henry, who became the school's first female, and third-ever, national champion when she won the high jump title at the 2018 NCAA Outdoor Track and Field Championships. In 2019, Justin Domangue became the first Maverick ever to earn cross country All-America accolades.

Since 1989, when he was serving as a UTA assistant and the head cross country coach, Sauerhage has coached 11 athletes to individual conference championships in cross country. UTA student-athletes have also won more than 100 league track titles in mid-distance and distance events ranging from the 800 meters to the 10,0000 meters. His program has succeeded off the track as well. The United States Track & Field and Cross-Country Coaches Association (USTFCCCA) has honored the men's and women's teams and individuals numerous times over the years.