LONG JUMP - HOW TO COACH THE TAKE-OFF 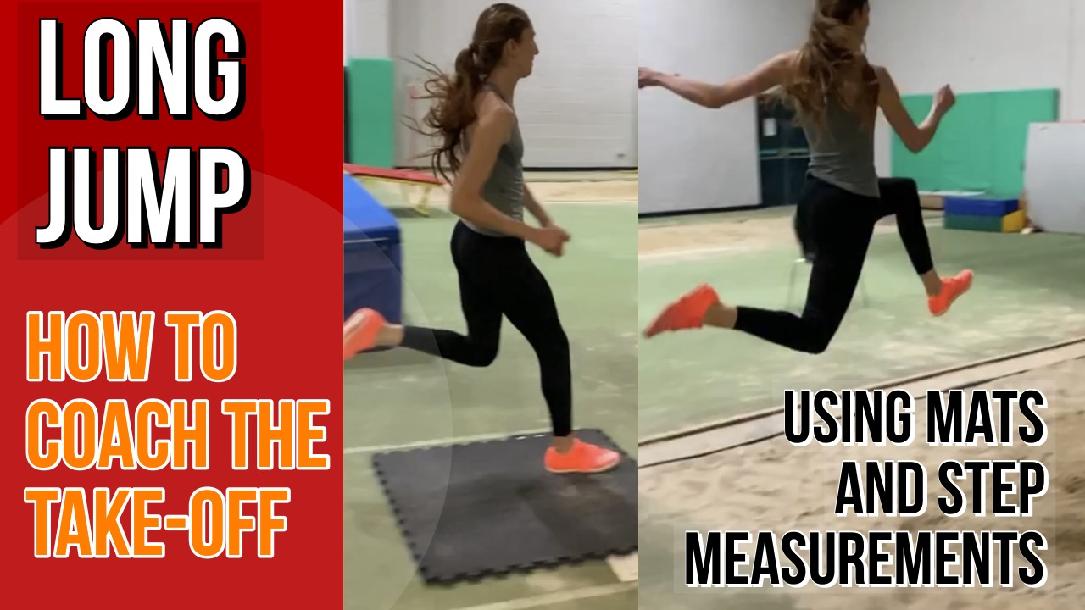 The take-off is fundamental to the long jump, yet many are unsure as to how to specifically coach it.

In this 13 minute video England team coach John Shepherd showcases numerous drills that you can use to coach better take-off mechanics. Positioning correclty on the final steps to take-off is cricial and so forms the focus of this video. Coach Shepherd shows you how to use mats (first 2, then 1) and then lines placed in the optimum positions on the run-up.

The various drills will create the correct patterning of the last steps (3rd last, penultimate and take-off).

As a coacg you will gain an understanding of where to place the mats and lines and of what to look for. You'll also gain appreciation as to why it's worth regualarly doing these drills with your jumpers. As well as developing greater ability to take-off your jumpers will also develop greater board accuracy as a result.

Coach Shepherd also explains the specifics of the penultimate step and the way this establishes the path of the swing leg into the take-off and what he calls the "take-off drive".

He also provides some info in passing on the difference between the triple and long jump take-off. This is to shwcase why the long jumper needs to set their jump up specifically to gain and utilise greater vertical velocity.

When booking this course you will also be able to download a copy of The Jumper multi-media magazine, which is all about long and triple jump. It includes video links and research-based articles on, for example, run up accuracy and plyometric training for the long and triple jump.

Please refer to The Jumper and the article on run-ups as mentioned in the video to assist your learning of the run-up and numerous other aspects of jumps coaching.

Coach John Shepherd is a former interntional long jumper and now coach. He has coached for the England Team and is an England Athletics coach mentor. He has coached various interntionals in the long and triple jump - and his credits include a European Junior Champion (7.86m), a World Para-athletics Junior World Champion (T20 6.70m) and age group British record hodlers. He's coached 5 male athletes over 7.70m and 2 over 16m in the triple and 2 females over 6.30, including a Team GB European Inodoor Championships long jumper.

As well as being a coach Coach Shepherd has authored a number of books - including 101 Youth Athletic Drills.

He's also written numerous articles on all aspects of athletics and sports training as a jounrnalist and editor for over 20 years.

Advanced Development in the Long Jump by Bob Thurnhoffer
Views: 536
$10.99

You just booked "LONG JUMP - HOW TO COACH THE TAKE-OFF"