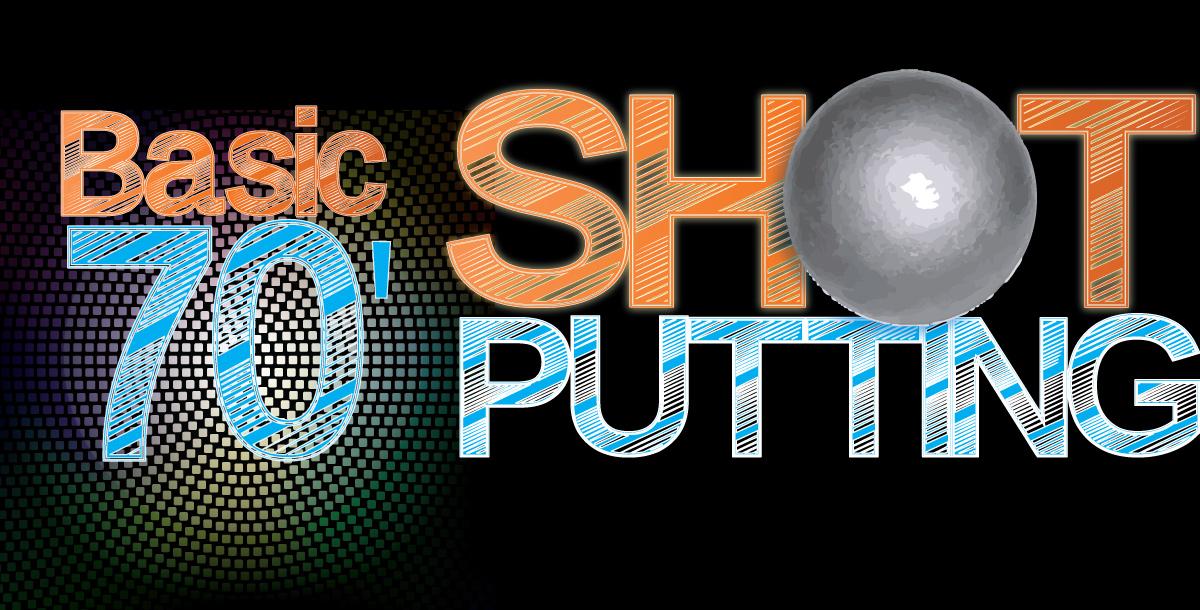 In all of sport, no discipline requires more explosive power than the shot put. Although some genetic gift is necessary to achieve world class results, anyone who studies the basics and makes a dedicated effort can achieve success.

Over a career of 22 years he traveled nearly 1 million miles to compete in the shot over 500 times.
Al Feuerbach knows how to put the shot and he's here to share his knowledge with you.

Dave Laut - Rotation
American Record Holder in the shot put, 22.02m, 72’ 3”, set in 1982.  At 6’3”, 245lbs,Dave won the Bronze Medal in the 1984 Olympics in Los Angeles.
Mac Wilkins, national indoor champion in the shot with a lifetime best of 69' 1", will show you how to master the rotational style of shot putting.
Learn shot put technique from two relatively “little guys”, Feuerbach and Laut.

Another good video! Al doesn't break it down quite as much as Mac does for the discus (relatively speaking) in 'Gold Medal Discus', however it is still a great video. Al goes over everything that goes into a great throw. I only wish I had watched this when I was first learning to throw shot, it would have really started me out on the right foot. The man definitely knows how to throw a shot and knows the concepts behind them! 15 dollars well spent!

Greatest Shot and Discus video of all time! It stands the test of time! A friend burned me a VHS in high school and I lost it in college. A few years ago I finally bought the DVD from MAC and once again it was lost ( a student never returned it). I will buy this as long as I am a student of the Discus and Shot.