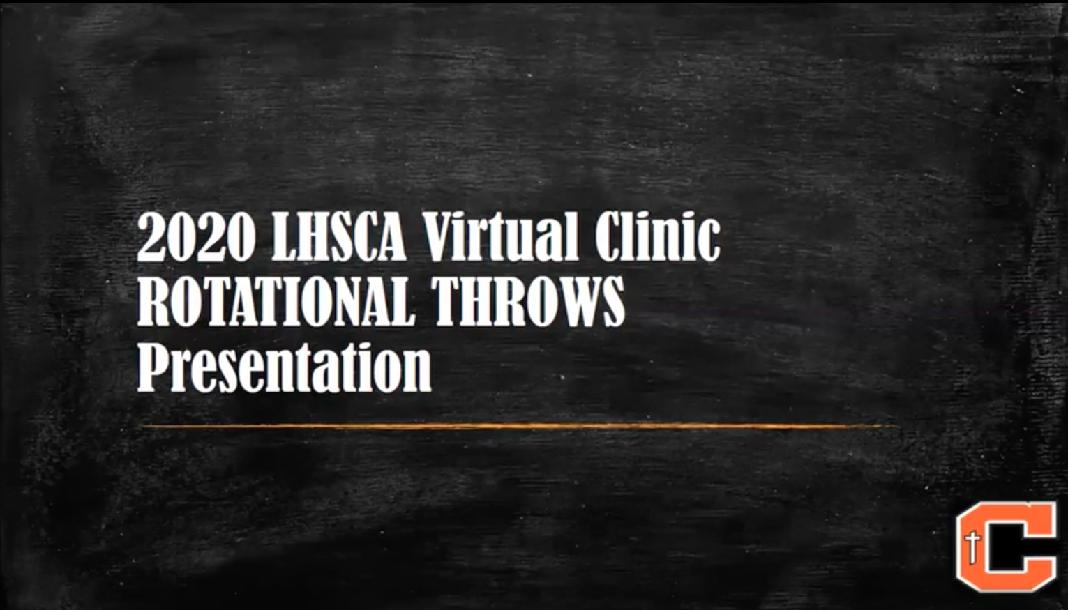 Brown was an assistant coach under longtime CHS track and field head coach Pete Boudreaux from 2013-2015. During his previous tenure with the Bears, Brown was a part of five state championship teams.

He is currently a volunteer assistant coach with the University of Alabama, and a professional track and field athlete, training to compete and represent Team USA at the 2019 World Championships in Doha, Qatar, and the 2020 Olympic Games in Tokyo, Japan.

Brown earned his bachelor’s degree in kinesiology from Louisiana State University in 2015, where he was a standout track and field athlete, winning two SEC Championships and earning NCAA All-American honors. He is also the current record holder for the discus at LSU.

Building a Throws Program from the Junior High Up and Rotational Shot by THSCA
Views: 850
$19.95