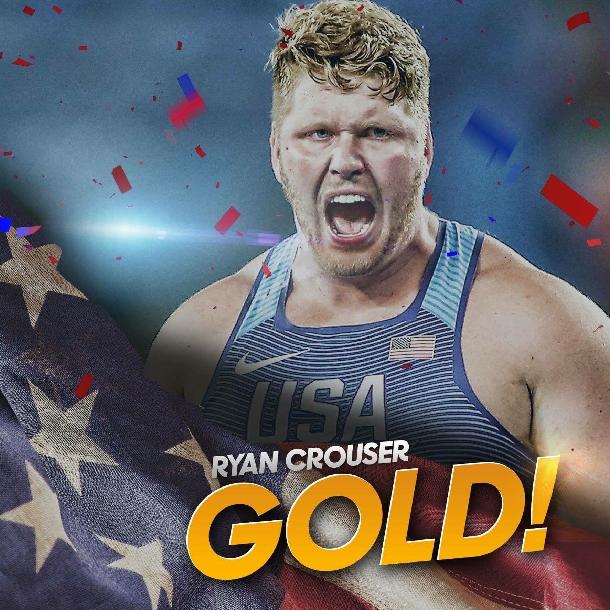 Here are the key positions that you can copy from Olympic Champion, Ryan Crouser.

At the end of the day Ryan had great positions but it was his rhythm that made the difference.

RHYTHM IS KING!  Slow to Faster.

All of these concepts are covered in detail in the "Discus & Spin Shot Put Foundation Part 1" Course.

2. Unwind on Inside of the Big Toe or the Ball of the left foot

5. Right Foot Under or Behind Knee in  Middle of Circle.

6. Right Heel stays up off the ground in the midddle.

7. Soulders and Left Arm stay back and torqued (closed) in Power Position.

9. Land with the Right Foot flat, heel down in the Reverse, Foot Perpendicular to the Line of the Throw.

Mac Wilkins is an Olympic Champion and former World Record Holder was one the best all around throwers in the world. As a coach he is sought by throwers of all levels from around the world for his knowledge and expertise.

In the summer of 2016 Mac assisted Ryan Crouser on his way to the Olympic Gold Medal.

In August 2013, Wilkins left Concordia University to coach for USA Track & Field at the Olympic Training Center in Chula Vista, California in preparation for the Rio Olympics.

Mac currently lives in southern California and consults throwers at all levels and ages while running an online business.

Putting the Power into your Shot Putting by Jim Aikens
Views: 11522
$15