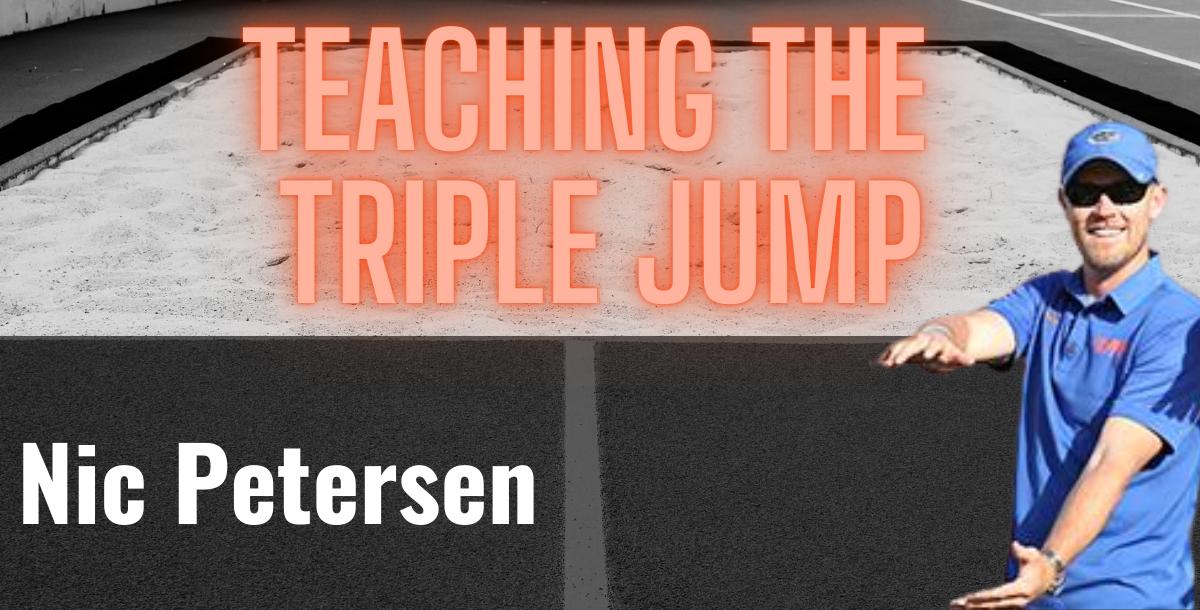 In this course Coach Nic Petersen of the University of Florida goes over the teaching of triple jump from the ground up. Coach Petersen discusses a number of topics with supportive video that helps coaches understand how the simple drills can be used with even the most advanced athletes to teach position, foot strike, arms, and ground contact. Topics covered include his teaching progression for triple jump, training inventory, runway drills, 1st run jump drills, short run drills, and extended or specific bounding drills.

Nic Petersen, who enters his 10th season with the Gators and his first as associate head coach for the men’s program, has made his own imprint on one of the nation’s historically elite jumps programs.

The Gators have continued their extraordinary run of success in the jumps under Petersen, 18 men’s and women’s NCAA titles since his arrival in 2013, including four from Jasmine Moore in 2022, two from Yanis David in 2019, three from KeAndre Bates in 2017 and seven from Marquis Dendy (2012-15).

Petersen led the Florida women to 78 points in the horizontal jumps between both conference meets in 2022.

Moore's historic season culminated in the NCAA Outdoor Championship in the Long Jump and Triple Jump.

Under Petersen's guidance, she became the first woman in NCAA history to win four conference and four national titles in the horizontal jumps during the same calendar year.

As well, Petersen coached Yanis David to a pair of National Championships in 2019. She swept the SEC Indoor and Outdoor titles in the Long Jump and Triple Jump before winning two national titles in the same year.

Her performances earned her a spot as a finalist of The Bowerman, the first woman in Florida history to accomplish that feat.

Petersen also oversaw KeAndre Bates and Grant Holloway as they became the second pair of teammates in Division I history to post a 1-2 finish in the men’s long jump at the 2017 NCAA Outdoor Championships.

Since his coaching career began as a volunteer assistant at the University of Nebraska in 2008, Petersen has coached nine different athletes to 22 national titles, and 18 of them were won by Gators. Marquis Dendy and KeAndre Bates put themselves in rare company as collegians, becoming two of the seven men in Division I history to sweep the horizontal jumps titles at NCAA Outdoor Championships.

Following the 2021 season, Petersen was promoted to the role of Associate Head Coach alongside Mellanee Welty.