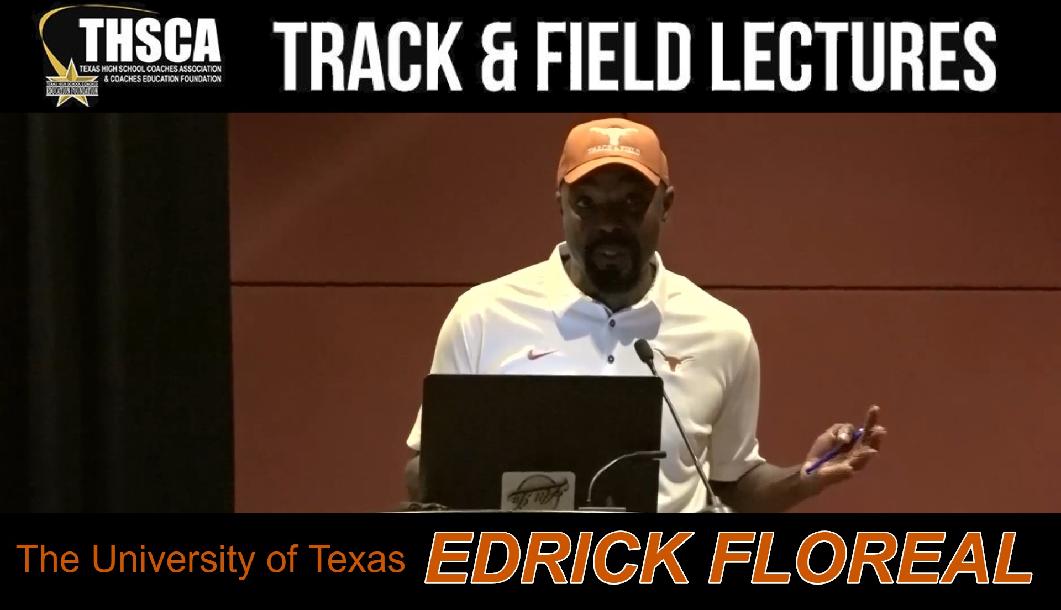 The Texas Relays, Mike A. Myers Stadium, this s where some of the best track and field athletes in the world are born and go to train.

The University of Texas Longhorns Head Coach, Coach Flo is in the burnt orange and willing to share his training secrets in coaching some of the fastest female hurdlers in the world.

After building highly-successful programs as the head coach at Kentucky and Stanford the past 12 years, Edrick Floréal (ED-rick floor-ee-AL) was named Head Track and Field Coach at The University of Texas on Wednesday, June 13, 2018.

Floréal guided the Longhorns to a pair of top-10 finishes at the NCAA Outdoor Championships (Men – 9th; Women – T-10th) in his first year at the helm. In the year before his arrival, Texas finished 25th and 34th, respectively, between the men’s and women’s teams at Outdoors. It was the largest one-year turnaround for the men’s program since 1998-99 (47th to 6th – 41 spots), and the biggest for the women since 2010-11 (51st to 8th – 43 spots). The Longhorns claimed an individual national title on both sides, with sophomore Tripp Piperi winning the shot put and Ashtin Zamow capture the heptathlon crown. In total, The Longhorns earned 36 All-America honors across Indoor and Outdoor competition in Floréal’s first season at the helm. The Texas Women also swept the Big 12 Indoor and Outdoor conference titles in 2019.

A former National Champion, Olympian and veteran of more than 25 years of coaching, Floréal took over at Texas after spending the previous six years transforming the University of Kentucky into one of the premier track and field programs in the country.Floréal's reputation as a head coach has been building for a number of years. He was named head coach of the United States Men's National Team for the 2015 IAAF World Championships, guiding Team USA to the most medals of any nation at that meet. In addition, he helped Americans capture six medals (two gold) at the 2012 London Olympics as Team USA's jumps and multi-events coach. On the international scene, he had previously served as assistant coach for Team USA at the 2002 IAAF World Junior Track and Field Championships in Kingston, Jamaica, which featured the world record-setting men's 4x100m relay team, the first team to run under 39 seconds.

You just booked "The Elite Hurdler"