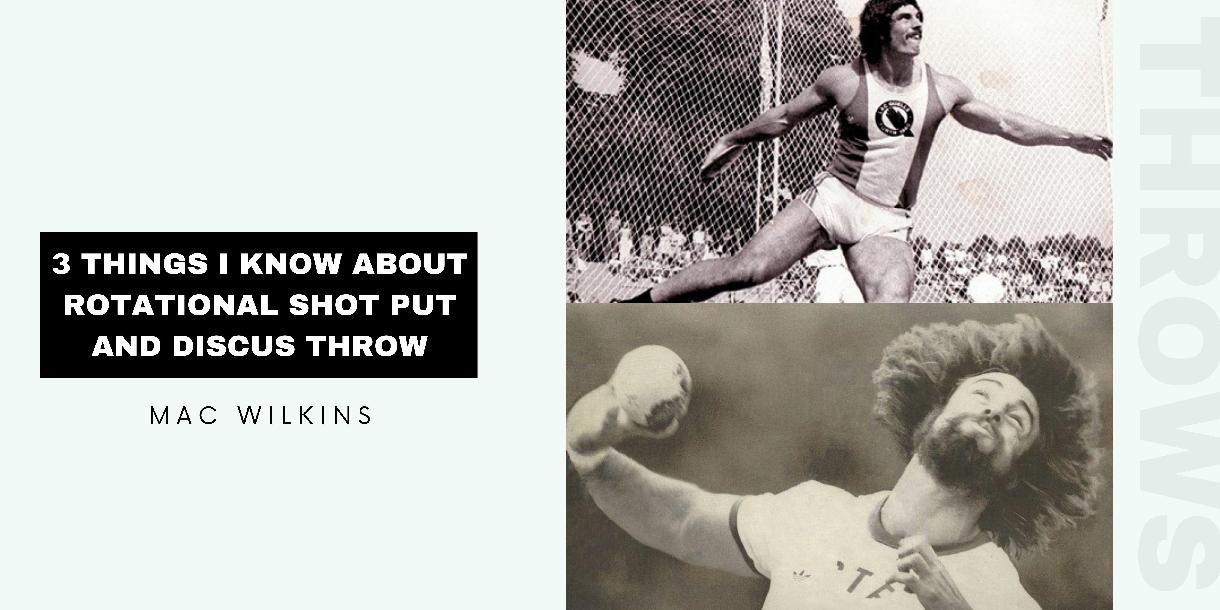 These three essential elements of the throw can be taught the first day to beginners and must be mastered by professionals.

Over the years I have always looked for the common denominator for the throws.  What is true at all levels of throwing?  What is easy to understand for beginners and what the best in the world must do to achieve their best.  These three concepts can be the foundation of great technique with any personal style. They are the building blocks that need to be refined every year. They are also great high level concepts to focus on in the final phase of preparation for the "Big Meet" of the year.

Mac Wilkins is an American Olympic athlete who was once the best discus and shot put thrower in the world.

Mac Wilkins the Coach…
In Eight Years from 2006 through 2013 Wilkins coached the throws at Concordia University, in Portland, OR. His throwers won 26 individual National Championships and earned 94 All-American honors.

In August 2013, Wilkins left Concordia University to coach for the USATF at the US Olympic Training Center in Chula Vista California.

Mac devotes a significant portion of this video to coming out of the back of the circle properly. His commentary and the many videos and pictures he uses really help to explain what to do and how to do it. More courses with this level of detail are sorely needed. Thanks, Mac

An excellent resource that breaks down all the key facets of the discus throw . Every time you view the text, pictures, videos or listen to the discussion, you learn or reinforce a piece of the whole picture that will take you to the next level...... and beyond. This course covers the skills to master in order to be successful and explains/emphasizes them in a way that you just don't find explained in other videos or books. The key elements you need to excel at in order to make marked improvements are emphasized in a concise way and thoroughly explained. This is the recipe to follow that won't disappoint.

Lots of good information to share with my throws coaches.