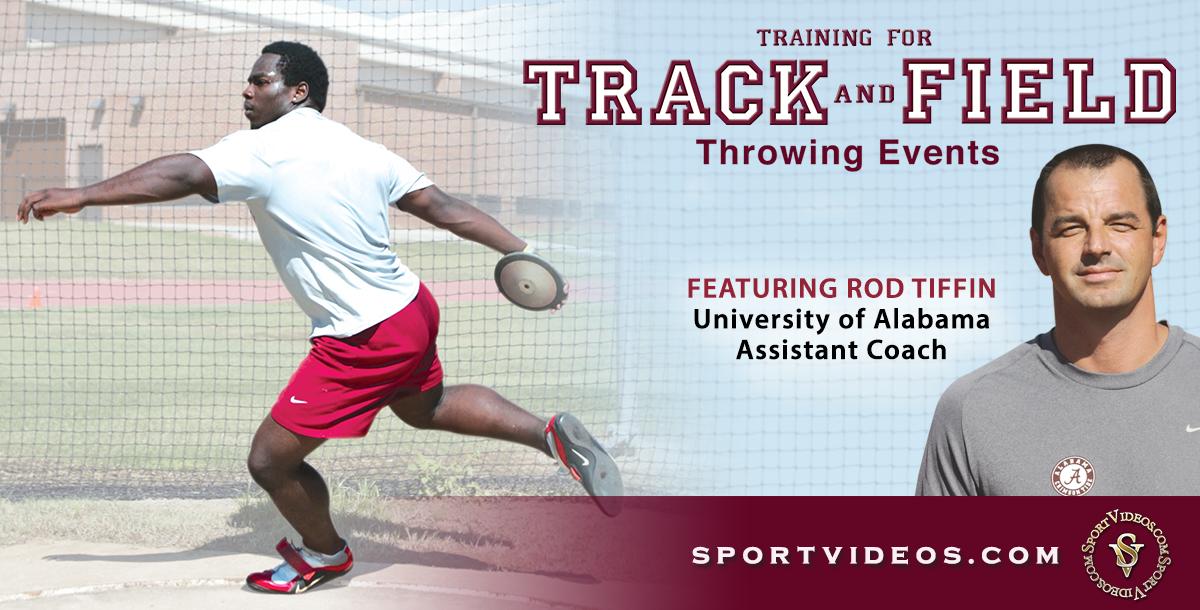 This program takes viewers step by step through the individual components of each throwing event. Coach Rod Tiffin provides numerous training exercises and practice drills for the four throwing events: shot put, discus, javelin and hammer throw. This video is a great resource for coaches who need to be well-versed in every throwing event. The in-depth demonstrations of proper techniques also make this program very beneficial for athletes at any level.

While working an assistant track and field coach for the University of Alabama, Rod Tiffin’s field event crew amassed 17 school records, 20 All-American honors, eight Southeastern Conference Championships, three NCAA titles, a gold medal at the World University Games, two Olympic team berths and two World Championship berths. The past several years, Coach Tiffin has been the head track and field coach at Samford University in Homewood, Alabama. A 12-time Southern Conference Coach of the Year, Tiffin has already earned six SoCon championships during his tenure. Tiffin set a few records of his own as an All-SEC (Southeastern Conference) standout decathlete for Auburn. He was ranked fourth on Auburn’s all-time list when he scored 3,590 points in the pentathlon.