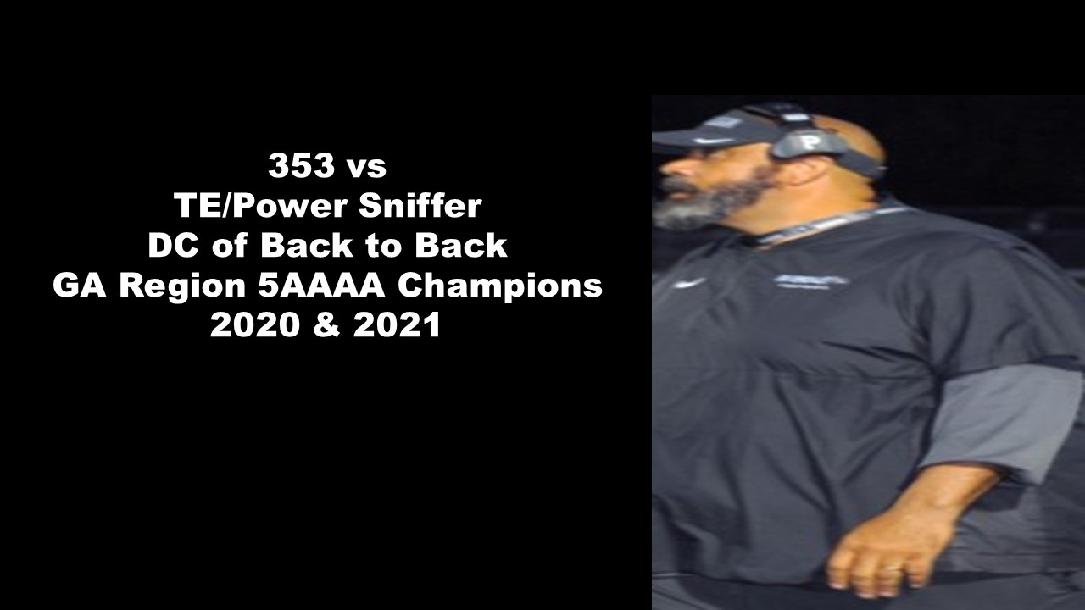 In this video I explain how to adjust to the TE plus the upback/sniffer set.

24 years experience as HC/OC/DC. As a DC I specialize in the 353 which can adapt to any offensive system. I have coordinated several units that have allowed less than 10 ppg and developed dozens of college prospects.


My version of the 353 combines multiple attack points, combo coverage's, zone blitz packages, auto checks and other systematic controls that enable the athletes on the field to be consistently successful.

You just booked "353 vs TE/UpbackPower/Sniffer"

In this video I explain how to adjust to the TE plus the upback/sniffer set.