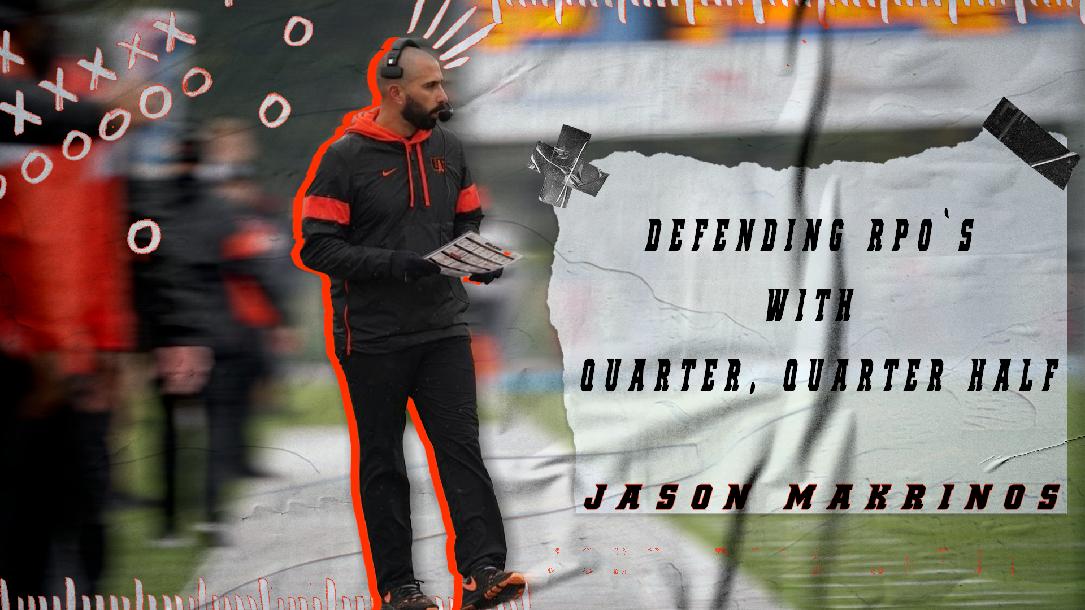 Jason Makrinos is in his sixth season on the Oilers coaching staff in 2020, serves as the team's defensive coordinator, and is responsible for recruiting central Ohio.

The 2019 was a special one of the defensive unit, especially the defensive backs. The Oilers allowed just 21.9 points per game and saw seven players earn all-conference honors including Christopher Jefferson who was named G-MAC Defensive Player of the Year after recording a school-record nine interceptions. Jefferson would go on to earn a pair of regional Player of the Year awards and four all-American awards giving him one of the most decorated seasons in school history.

In 2018, the Oilers defense allowed 24.7 points per game and went on to an 8-3 record. Findlay had five first team all-G-MAC selections on Makrinos' side of the ball, two of which went on to earn all-region honors.

2017 was a special season for the Oilers as they spent most of the year ranked in the top-25 and earned the program's first trip to the NCAA Division II National Playoffs. Defensively the Oilers scored five touchdowns, eighth in the country, and gave up just 19.2 points per game, the fewest allowed since 2008.

In the 2016 season, the Oilers defense held their opponents to 26.0 points per game. The team's 70 tackles-for-loss and 25 sacks are both the most since 2013 and the 386.3 yards per game allowed were 82 less yards per game than the season prior.

Makrinos comes to the Oilers after serving as the co-defensive coordinator and defensive backs coach at Duquesne University in 2014. While at Duquesne, Makrinos coached a defense that statistically improved in multiple important measurables including: points allowed, pass defense, interceptions, and third down defense. In that season, the Dukes' red zone defense was seventh in the country in the NCAA Division-I Football Championship Subdivision (FCS).

Before his stay at Duquesne, Makrinos was on staff at Slippery Rock University, where he spent four years as a defensive backs coach and special teams coordinator. During his time at The Rock, Makrinos helped guide the team to the NCAA DII national playoffs in 2013 and a pair of Pennsylvania State Athletic Conference (PSAC) West Division championships (2011, 2013). He coached multiple all-conference performers including one that went on to earn all-American. Makrinos also helped the defense earn a myriad of national rankings:

Makrinos was a graduate defensive assistant at Kent State in 2007 where he helped mentor two cornerbacks who appeared on NFL rosters including Jack Williams, the fourth-round draft pick of the Denver Broncos in 2008.

Prior to joining the Kent State staff, Makrinos worked with the linebackers and defensive backs at Slippery Rock as The Rock's football graduate assistant in 2005 and 2006.

Makrinos started his coaching career at his alma mater in 2004 as a student assistant working with the defensive line as well as helping with recruiting.

Makrinos graduated from Westminster with a bachelor of arts degree in psychology in 2005 and completed a master’s degree in sports management from Slippery Rock in 2007.