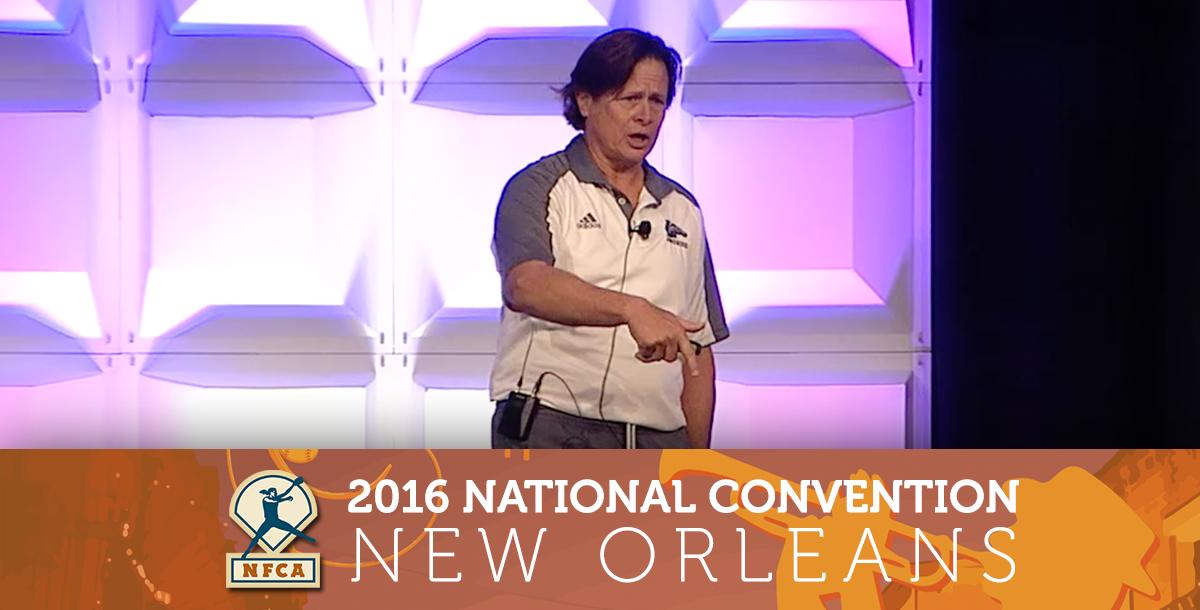 Longwood softball head coach Kathy Riley is set to begin her 20th season at the helm of the Lancer softball program in the 2016-17 season. Throughout her storied career, Riley has posted an overall coaching record of 696-400-1 while notching a 618-338-1 since taking over the Lancer softball program prior to the 1998 season, including a record of .500 or better in each of her 19 seasons.

Riley has thrust Longwood onto the national stage through the success of her softball program, taking the Lancers to three NCAA Regionals in 2013, 2015 and 2016 and winning the Big South Championship in all three of those seasons. Longwood has never posted a record below the .500 mark under Riley and reached 20 wins 18 times, 30 wins 11 times and 40 wins three times, including last year’s 40-20 record that advanced to the program’s first NCAA Regional Championship game.

Since Longwood has joined the Big South in 2012-13, Riley has coached two NFCA All-Americans, Megan Baltzell and Brooke Short, and has seen four players named to the NFCA All-Southeast Region team. In addition, Short (2013) and Baltzell (2015) have each been named Big South Female Athlete of the Year during Riley’s tenure.

With every NCAA Tournament berth, Riley’s teams have ventured closer to an NCAA Super Regional. In the program’s historic first visit to an NCAA Regional in 2013, the Lancers suffered back-to-back losses for a quick exit from the Knoxville Regional. Longwood's next trip, which was a return to Knoxville in 2015, featured another historic first when the Lancers upset Commonwealth rival Virginia Tech for the school’s first-ever Division I NCAA Tournament win. One year later, the Lancers earned victories against ACC foe North Carolina and Princeton at the Harrisonburg Regional on the same day to advance to the NCAA Regional Championship series against nationally-ranked James Madison.

Under Riley’s watch, Baltzell went from a little-known recruit to becoming the greatest player to don a Longwood uniform from the 2012-15 seasons. During Baltzell’s time at Longwood, Riley coached her to 11 school records, four conference records -- despite being eligible in just her final three seasons that Longwood was a member of the league. In addition, Baltzell ended her Lancer career inside the top-10 in NCAA history in career home runs with 76, while ranking inside the top-three nationally in two of her four years.

Prior to Longwood, Riley served as head coach at Mount Olive from 1993-97, gaining CVAC Coach of the Year honors in 1997 and 1995. She coached volleyball as well and was the 1994 CVAC Coach of the Year in that sport. Before that, Riley coached basketball and softball at Goldsboro (N.C.) High School for one year following eight years with the Houston (Texas) Flames AAU women's basketball team that won two National AAU Championships.

In addition to her coaching accomplishments, Riley has enjoyed quite a remarkable individual career in athletics. She was the 1981 Broderick Cup National Softball Player of the Year at East Carolina University, leading ECU to a No. 1 national ranking while garnering 1st-team All-America honors. Riley later played on the gold medal-winning team at the 1990 Olympic Sports Festival.

Riley is a member of the National Fastpitch Coaches Association (NFCA), and was inducted into the United States Specialty Sports Association (USSSA) Softball Hall of Fame on November 12, 1999. She received the 2000 USSSA DeBeer-Richard H. Pollak Memorial Outstanding Sportswoman of the Year award as well. Riley has played on five national champion softball teams during the summer months, gaining All-America honors seven times.

In basketball, Riley was a Street & Smith magazine preseason All-American and North Carolina Athlete of the Year in 1981. ECU was a top-20 program that year while advancing to the NCAA Tournament. She scored over 1,800 career points while at ECU and Middle Tennessee State University, and earned tryouts for the 1980 United States Olympic Women's Basketball Team and the 1978 Pan American Games team. Riley was a finalist for the 1980 Olympic team, and later played professionally with the Houston Shamrocks of the Women's American Basketball Association during 1983-84.

NEW!
How We Hit: Revolutionizing the Way We Practice by National Fastpitch Coaches Association
Views: 123
$14.99

You just booked "Coaching Hitters: An Approach That Works For Players Today"