The Center: Creating the Complete Pitcher with Beth Torina 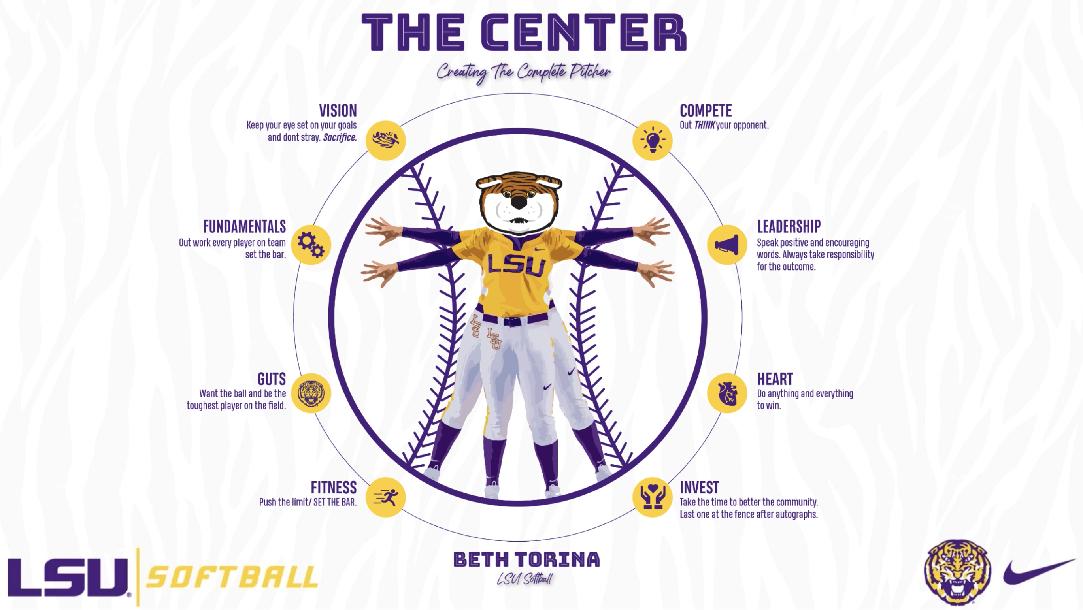 Get insight from one of the most heralded coaches in the country on what it takes to develop elite pitchers. Training both the mental and physical aspects of your pitching staff can help lead your team to new heights.

Beth Torina, who heads into her eighth season as LSU’s head coach, has guided the Tigers to four Women’s College World Series appearances, including three straight between 2015 and 2017. Under her guidance, LSU is a two-time national semifinalists, reached seven NCAA regionals and five super regionals. Her squads are averaging 45 victories per season, including 50-win campaigns in 2015 and 2016 and four more 40-win seasons.

The Drop Ball For the Younger Pitcher by Jerry Johnson
Views: 2555
$20

You just booked "The Center: Creating the Complete Pitcher with Beth Torina"