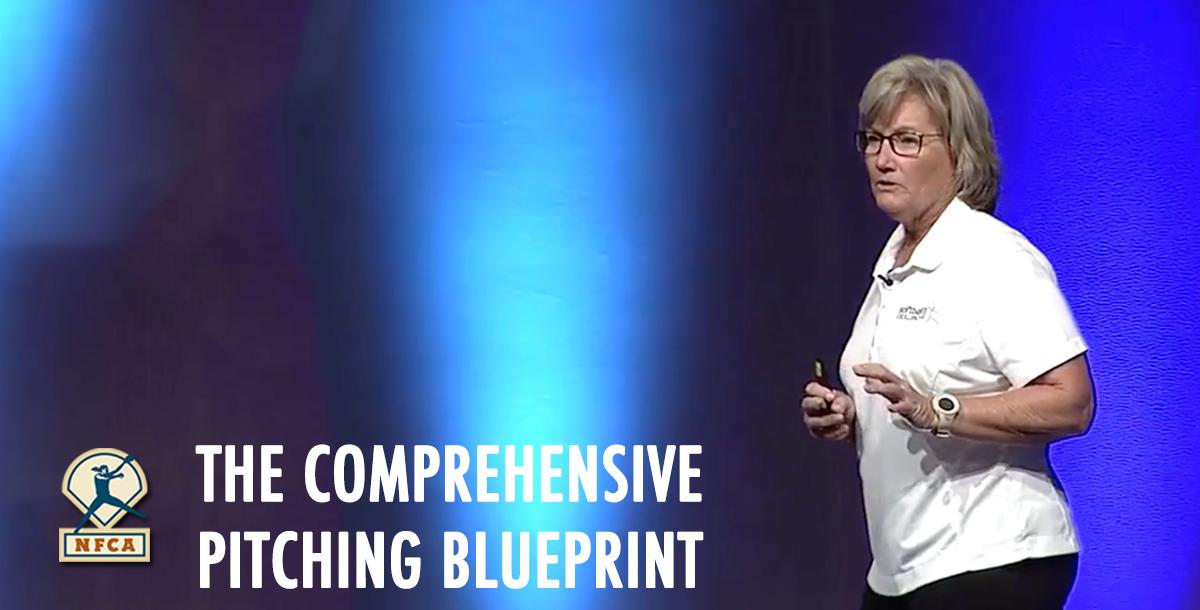 Are you confused about Pitching? Do you need to help your pitchers become mentally stronger? Could you use some great drills to help your pitcher get faster, or have better pitch movement and control? Have you ever wondered why your pitchers look great in practice and then struggle during games? If you’ve asked yourself these questions and more, then this over 3-hour session, presented live at the National Fastpitch Coaches Association (NFCA) convention, is exactly what you need!

You’ll learn how to simplify what you teach your pitchers and the important difference between simple and easy. This video will guide you through the world of Pitching by showing you what’s really important, why it’s important and HOW you can lead your pitchers to success!

It's all presented by Cindy in her easy-to-understand manner with a complete and thorough verbal and visual explanation each step of the way.

The National Fastpitch Coaches Association (NFCA) is the professional growth organization for fastpitch softball coaches from all competitive levels of play.

The idea for a softball coaching association first developed from discussions at the National Collegiate Women's Softball Championships in the early 1980s. Although mostly collegiate coaches comprised the organization's membership in the early days, today's college coaches are joined by high school and travel ball/club coaches, umpires, as well as other fans of fastpitch softball. In 1997, the Association's membership reached the 2,000 mark, and today there are more than 4,300 members.

The NFCA represents the interest and educational growth of fastpitch coaches all over the country, from all levels and aspects of the game. NFCA purpose: To support fastpitch softball coaches in their quest for excellence, while uniting together to advance the sport we love.

Better yourself.
Inspire your team.
Grow our game.

Mind, body, and effectively communicating. A+ course in coaching-learning pitching beyond the drills.

These sessions were incredible...answered, confirmed and clarified, so many questions and more importantly gave me concise applications to share with my pitchers and players.