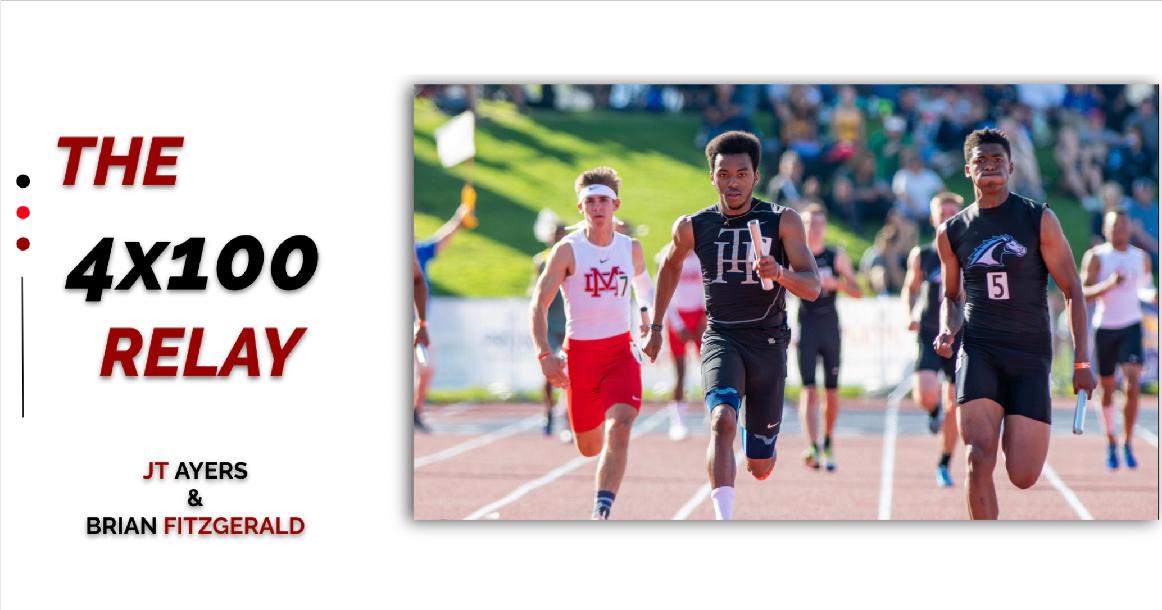 The 4x100 and Relay Race Theory: There isn't much out there regarding the 4x100 Relay. The vast majority of teams just do what they see everyone else doing. This course is designed to help coaches and athletes maximize their potential in this complicated and surprisingly nuanced event.

- What are the cardinal rules of the 4x100 that are non-negotiable?

- What type of passes are most widely used, and which pass is most effective?

- What can I do to minimize slowing through the exchange zone?

- Personnel: who runs where?

- How should my runners set up on the track?

- How do I practice the relay?

This video series will answer all these questions and more. An all-in-one-stop shop for everything 4x100, from the very basics to advanced level race theory. If you care about this race and want to see your team succeed, then this is the resource for you!

Coach JT Ayers is a three-time Orange County Track Coach of the Year and has been coaching Track and Field for 15 years. After winning a CIF Title, he took over at his Alma Mater, Trabuco Hills High School, as Head Coach of the boy's team in 2014. Since then, his athletes have broken 42-grade level and 8 school records, 3 All-Time Orange County Records, and the team has been ranked #1 in Orange County 6 different years (2015, 2016, 2018, 2020, 2021, 2022). In 2020 his team won the California Dual Meet Championship. His boys currently have the #1(41.24), #2, #4, #6 fastest times in Orange County History. His Girl's team records the fastest time in Orange Country this past season.

Over the past four decades, Brian has been recognized as playing a major role in the development of the sprints and relays in Southern California. He lists the fact that he has coached 15 different 4x100 relay squads to CIF titles as one of his most memorable coaching accomplishments.

Awesome stuff! Well worth it! The pacing, explanations and video demonstrations were on point. Can’t wait to use many of the coaching points this season. Thank you to Coach JT and Fitzgerald for putting this 4x100 video together.