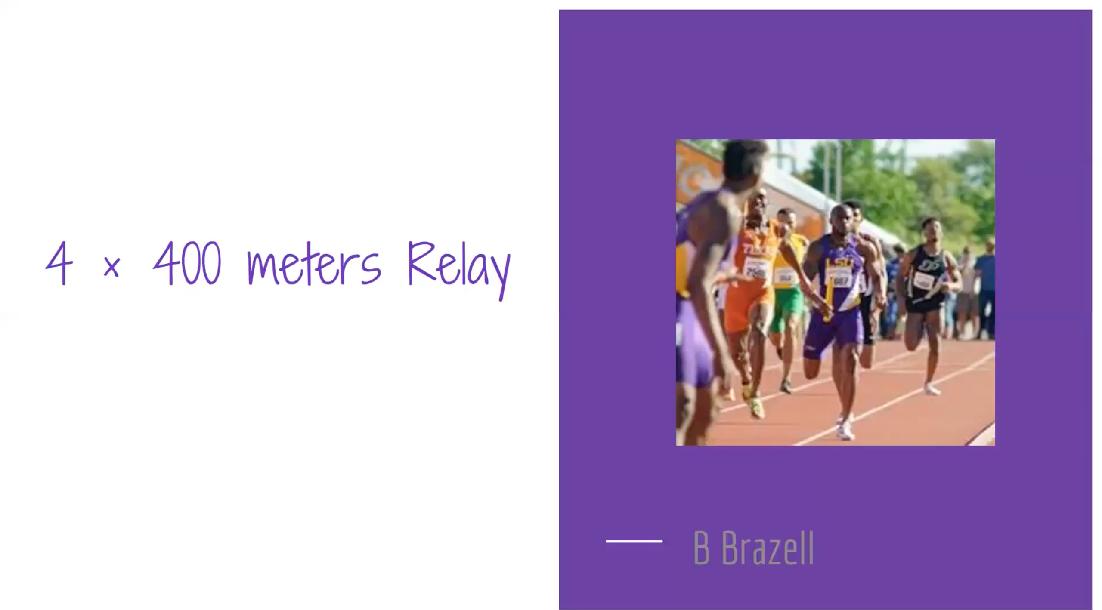 In this course, legendary Coach Bennie Brazell breaks down the 4x400m relay to improve your transitions and handoffs. He even goes over the foundation of the 4x400m relay to give you a better understanding of the race as a whole. In the Q&A section, you will find frequently asked questions and his answers are sure to help you!

The Coaches' Voice for Track & Field in Texas

Bennie Brazell was welcomed with open arms in 2012 to join the LSU Staff as an Assistant Coach for Sprints, Hurdles, and Relays. He is now in his 10th season with the Tigers and has helped create numerous champions at the SEC and NCAA Championships. As a champion himself, he uses what he learned and new things he learned to pass onto the new generation of athletes at LSU.