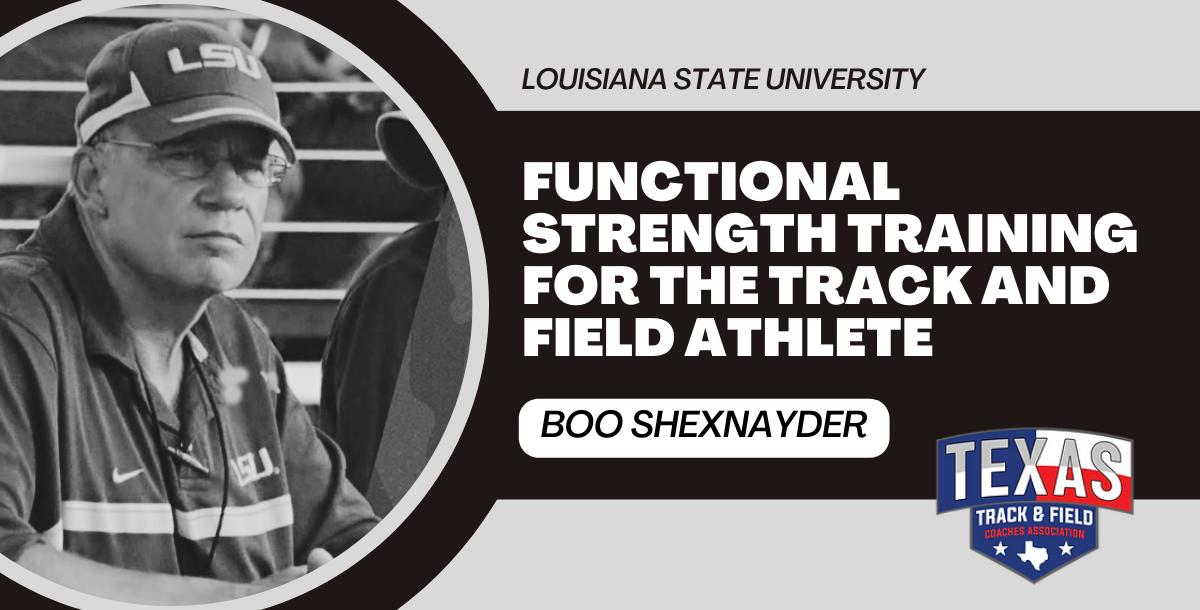 Need new ways to train your Track & Field athletes? Well, you've come to the right place! In this course, Coach Boo Schexnayder reveals multiple different types of lifts and exercises to enhance your athletes' capabilities. He includes things like:

On top of all of that, he even has videos of exercises you can teach your athletes now!

The Coaches' Voice for Track & Field in Texas

Coach Boo Schexnayder is a co-founder of SAC and has 39 years of coaching and consulting Track & Field under his belt. He has recently rejoined the staff of LSU in 2017 as the Strength and Throws Coach in the Track & Field program. He had previously served LSU's program for 12 years. He has coached 19 NCAA Champions and has 12 NCAA Championship teams during his collegiate coaching career.