How to Find the Proper Training Paces for Endurance Athletes 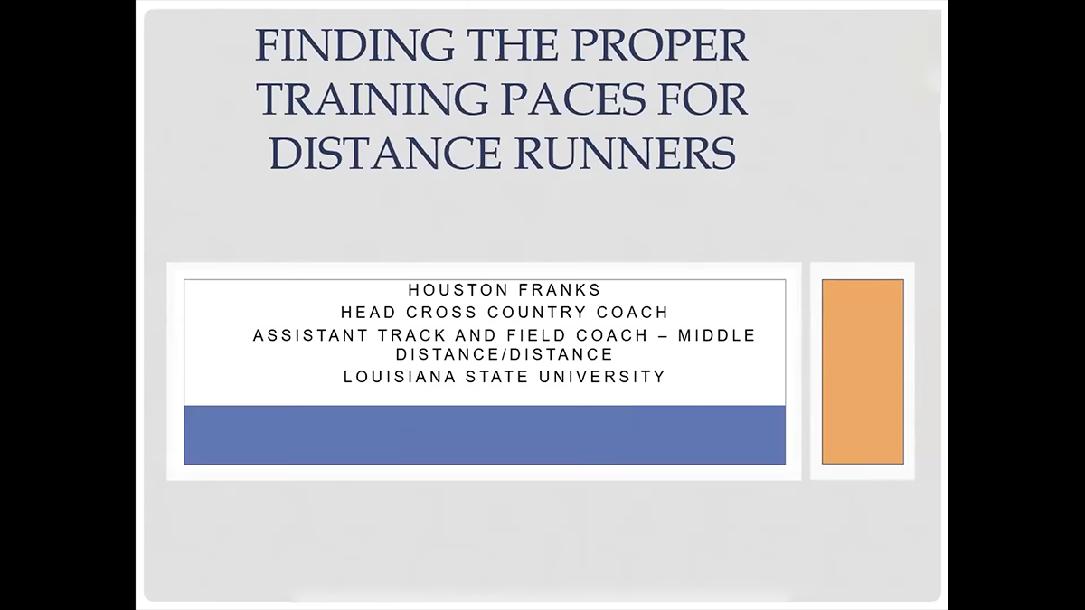 Do you want to break down the science behind finding the best way to train your endurance athlete? Then, you've come to the right place! In this course, Coach Houston Franks reveals many different ways you can train your endurance athletes. He teaches you how to use fractionalization to maximize your training days and get the most out of them. This is a course you do not want to miss if you want to train your athletes as efficiently as possible.

Houston Franks joined the LSU Staff in 2019. He coaches the mid-distance and distance runners at LSU and also was named the Head Coach of the Cross Country team.

Franks comes to Baton Rouge with 20+ years of coaching distance runners under his belt. He served as the head cross country coach at Mississippi State dating back to 2011 and he has been on staff in Starkville with the track and field program since 2004. Prior to his stint at Mississippi State, Franks’ coaching career began at Southwest Missouri State University (now known as Missouri State University); he spent five seasons in Missouri and led the Bears to three Missouri Valley Conference women’s titles on the cross country circuit.

Anaerobic and Aerobic Contributions to Middle Distance and Distance Events by ITCCCA
Views: 280
$10