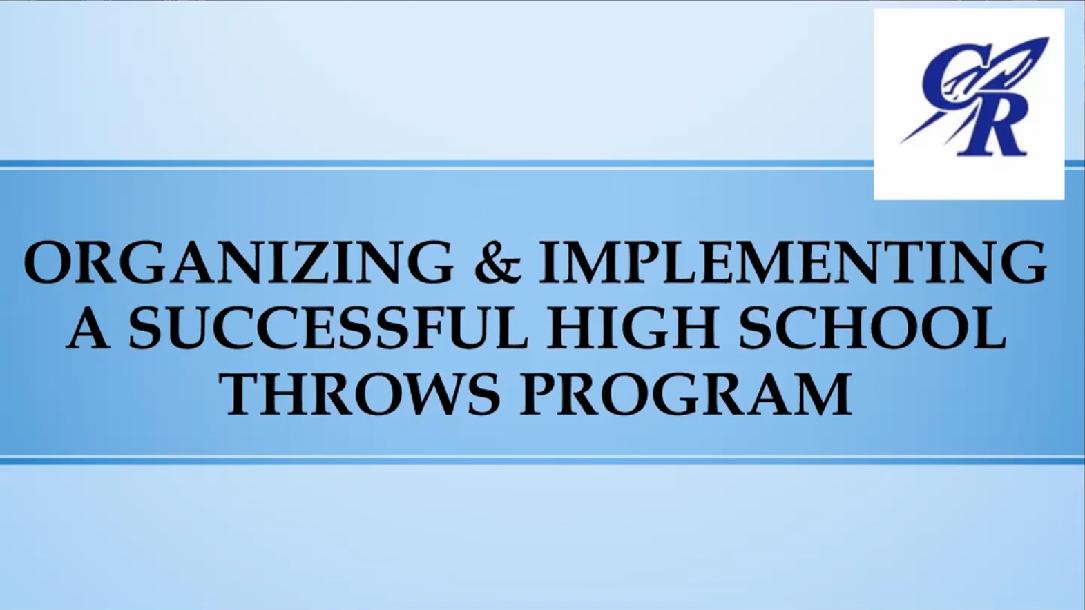 Coach Jim Aikens walks us through his experience with running a very successful High School Throws Program and provides tips for new coaches on how they can form their training to achieve similar results. Coach Aikens will take you through his planning of the high school season. His plans will take you through montly, weekly & daily planning for your throwers. This is coach Aikens complete program including drills, lifting, periodization and his philosophy on coaching high school throwers. Coach Aikens also goes through his "Daily Drills" that have laid the foundation for the success of his program. This is a must for high school throws coaches.

Jim Aikens has been coaching the throws since 1984. He has been the head coach at William Fremd High School in Palatine, Illinois since 1990. During this time Jim’s throwers have medaled at national competitions, won four state championships, and 20 other state medals. Jim's throwers have also won numerous sectional and conference championships.  Jim has had 5 throwers toss the shot 60 feet or better. Jim has earned his USA Track & Field Level 1 and Level 2 certification.