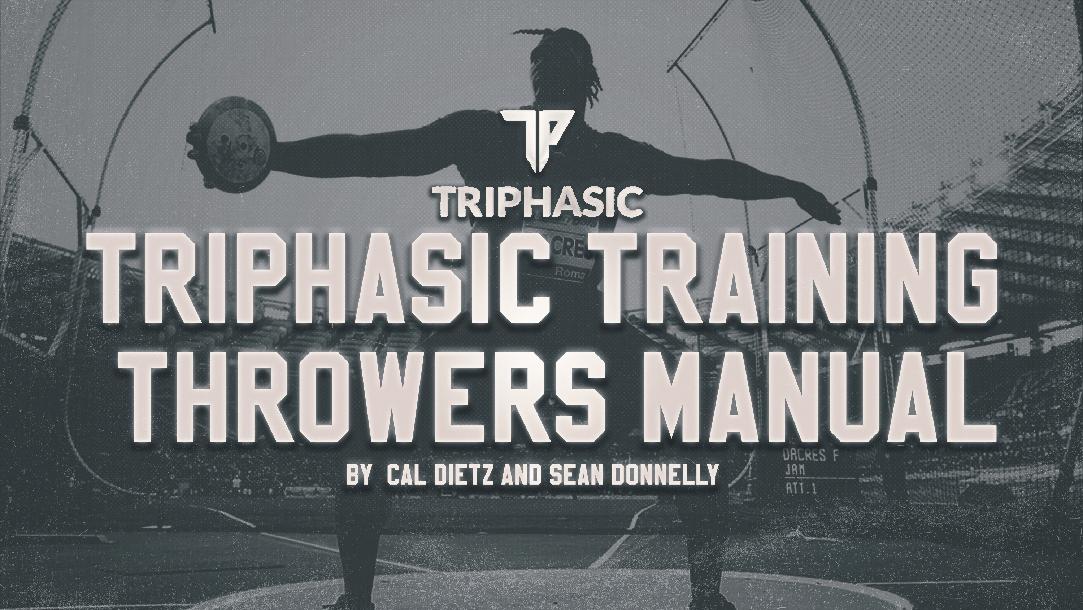 The Triphasic Throws Manual is meant to include training methods specifically designed to enhance the development of the physical qualities of the track and field throwing athlete to the highest extent. This manual has been created to take every coach step-by-step through a yearly macrocycle of training with the intent to improve strength, power, and speed, as well the body’s energy systems, in order to take performance to the highest possible level. The goal of this manual is to present the Triphasic Training concepts in a manner so that the high school track coach, one that has little understanding of human physiology or strength-and-conditioning, can successfully employ these training principles to the highest degree. The concepts utilized in the Triphasic Throws Training model will be thoroughly explained, and all aspects of performance will be covered in great detail. The utilization of the concepts explained in this manual will lead to dramatic increases in strength, power, and speed that will transfer to massive improvements in sporting results.

The program provided in this manual represents one to be completed by an elite level throwing athlete. However, the training methods explained in this manual may look advanced, they can be easily adapted to fit the needs of any level of thrower. Beginner, to intermediate, and elite. If you wish to discuss programming possibilities for younger athletes, please contact triphasicthrows@gmail.com. The training system demonstrated in this manual is the product of years attempted to create an all-encompassing, methodical approach to physical training for the sport of throwing.

I wish I had this content when I was a football player. Jarlem Personal trainer from Brazil.

Provides a comprehensive and in-depth review of the Triphasic system and its implementation into a thrower's training program.

Amazing course. My athletes increased their records a lot by applying these methods into their training.