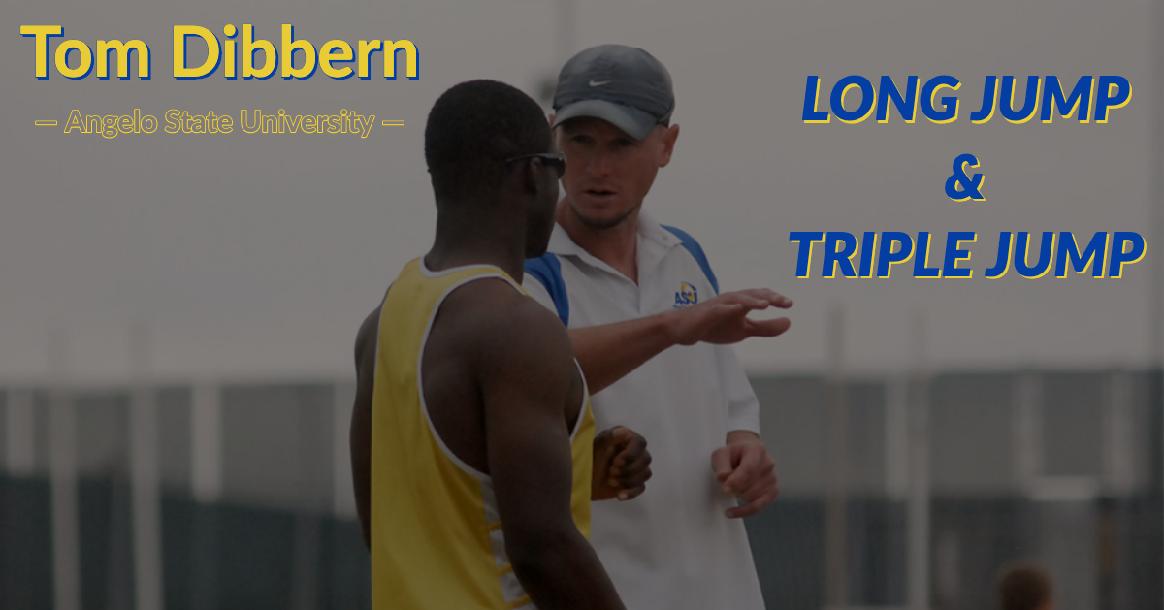 In this Long/Triple Jumps course, Angelo State Head Coach Dibbern takes you through all of the phases that apply to these two horizontal jumps events.

Also includes drills and so much more to help your jumpers progress!

In 2019, the Men’s Outdoor Team tied the highest finish in school history, with a National-Runner Up spot at the NCAA Meet.  In 2018, he led the women's team to a top 3 national finish. His teams have recorded 6 top 10 national team finishes combined in his first 3 years. Regionally, he has had 5 teams finish the season in the No. 1 spot in the south central region and he helped add four Lone Star Conference titles to the program as both the men and women won in 2018 & 2019.

At the individual level, the program under Dibbern, has had 9 individual NCAA National Champions combined between the men's and women's teams. He has also seen 64 First Team All-Americans, 38 Second Team All-Americans and 175 All-Region athletes come through the program in just three seasons. Forty-one athletes have secured individual Lone Star Conference titles for ASU, and the program has had four South Central Regional Athletes of the Year, four LSC Field Athletes of the Year and two LSC Track Athletes of the Year. Thrower Daisy Osakue, who set a new NCAA Division II record in the women's discus, has also come through the program during Dibbern's tenure.  She won the World University Games in 2019 and also competed in the IAAF World Championships, that year.  In 2020, she will throw for her home country, Italy, in the Olympic Games.  His Decathletes went 1, 2, 3, & 8 at the NCAA II Championships in 2019, also having the highest squad point total average in all NCAA divisions.