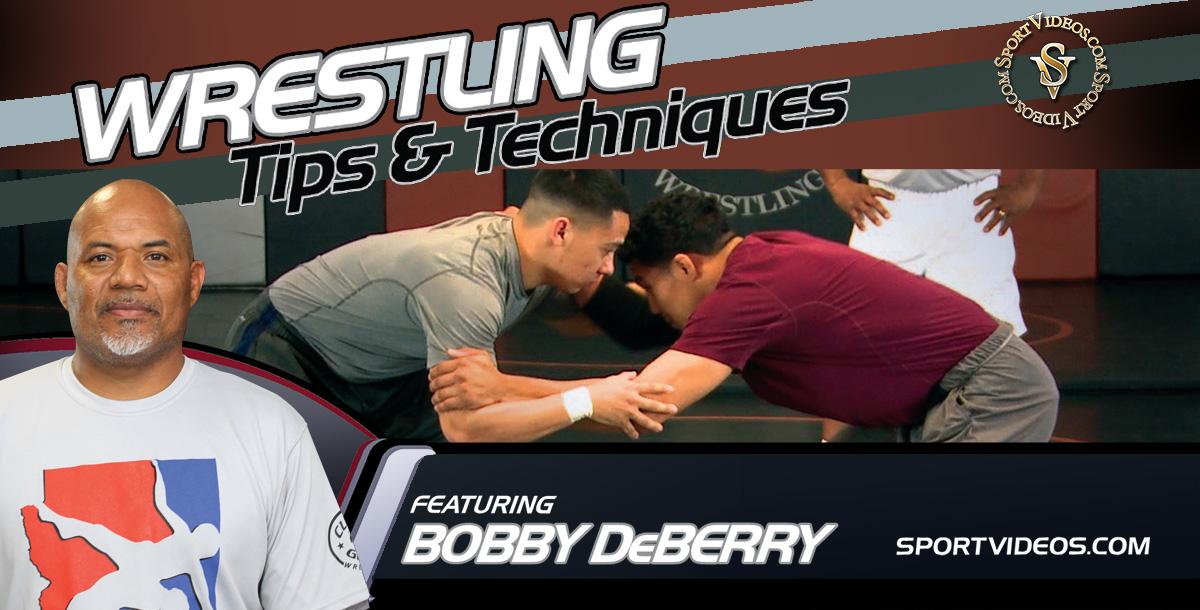 Learn how to wrestle with personal lessons from one of the top high school coaches in America. In this comprehensive 127 minute video, Bobby DeBerry shares numerous tips and techniques designed to give wrestlers a competitive edge on the mat. Among the topics covered are: Warm Up Drills, Base Offense, Finishes, The Sprawl, Top Man Alignment, Breakdowns, The Bottom Man, Sit Outs, Pinning Combinations and much more. This program is a must-have resource for wrestlers and coaches at any level.

Bobby DeBerry has been coaching wrestling since 1982. He was the head coach at Sunnyside High School in Tucson, Arizona for 17 seasons. DeBerry guided his wrestling teams to a record 15 state championships. In 2002, he was named the Regional Coach of the Year and in 2004, was named National Coach of the Year by the National Wrestling Coaches Association. Currently, Bobby DeBerry is the Athletic Director/Head Wrestling Coach at Tucson High School in Tucson, Arizona.