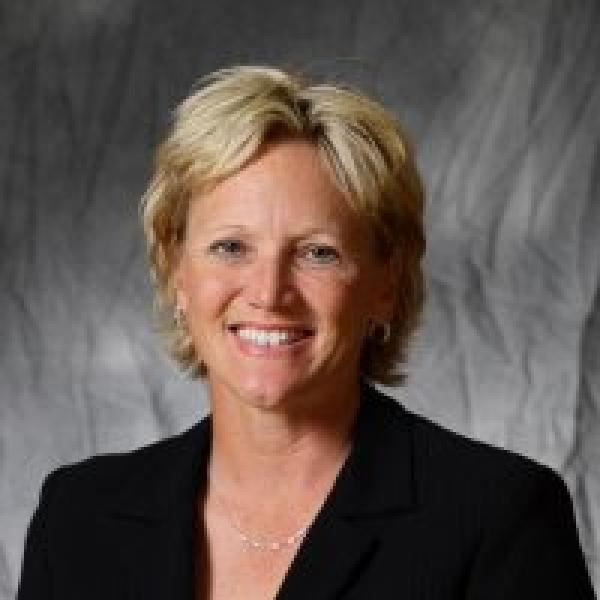 Teena Murray is the director of sports performance at the University of Louisville. Murray worked extensively with professional, Olympic, and collegiate athletes. She is a master strength coach who also serves as adjunct faculty at the University of Louisville and owner of Athlete Construction - a company dedicated to creating training resources for young athletes and coaches.

In her interim role, Bruggeman presided over the Association’s second-most attended National Convention in December and the successful first NFCA Coaches Clinic earlier this month. She joined the NFCA as Associate Executive Director in September 2014, is a longtime NCAA Division I coach at Michigan, Purdue and Louisville, and a well-respected national speaker, clinician, educator and author.

“From the first day on the job as the Interim Executive Director, Carol has performed at a level indicative of a seasoned professional,” NFCA Board of Directors President Rhonda Revelle said. “She guided the NFCA through an outstanding convention, increased sponsorship and membership numbers in a very short and busy time, and conducted an inaugural and hugely successful NFCA Coaches Clinic.”

“In addition, she modeled excellence in her day-to-day leadership and organizational skills with the NFCA staff and members. Carol is a natural leader who is driven, intelligent, and extremely passionate about the growth and welfare of the NFCA and all of its members.

“The NFCA Board of Directors unanimously agreed that we struck gold with Carol, and that she is the absolute right fit and right leader to lead us now and into the future. We are thrilled to announce that Carol has agreed to become the Executive Director of the NFCA.”

Bruggeman is certainly no stranger to the Association, having been an active member for 25 years while unselfishly serving the NFCA in numerous capacities. She had a four-year term as president and stints as both the Past-President and Fourth Vice President on the NFCA’s Board of Directors, and also spent time as the Board’s Division I Representative. She has continued to be a featured instructor at numerous National Fastpitch Coaches College courses and national clinics around the country.

"I am humbled and honored to serve as NFCA Executive Director,” Bruggeman said. “I would like to thank the NFCA Board of Directors for this exciting opportunity. I look forward to working with our dedicated and motivated staff as we move toward a compelling future. Softball is a vibrant and growing sport and softball coaches are passionate, driven people. Our coaches association will strive to mirror the excitement and energy surrounding both the sport and the valued members we serve."

Bruggeman has also served as the color analyst for ESPN, Big Ten and SEC Network broadcasts. She also co-produced Level 1 and Level 2 instructional DVDs on softball-specific athlete development and has produced instructional DVDs focusing on baserunning and defense. In July 2011, Bruggeman traveled to Australia as head coach of the college team that won a gold medal with USA-Athletes International and she traveled to the Czech Republic in 2009 in the same role.

During her career, Bruggeman has been a part of over 700 victories, and has had a hand in many conference titles and coached numerous NFCA All-Americans.

As an infielder at the University of Iowa, she was an All-Big Ten and All-Mideast Region selection, as well as an Academic All-American and a three-time Academic All-Big Ten selection, who received Iowa’s Athletic Academic Medal of Honor. In 1997, Bruggeman was inducted into the Iowa Softball Association Hall of Fame.

A native of Charter Oak, Iowa, she received her bachelor’s degree in accounting and business from Iowa in 1987 and continued her education at Iowa, earning a master’s in athletic administration and coaching in 1990.
Available bundles:
You should pick at least one course