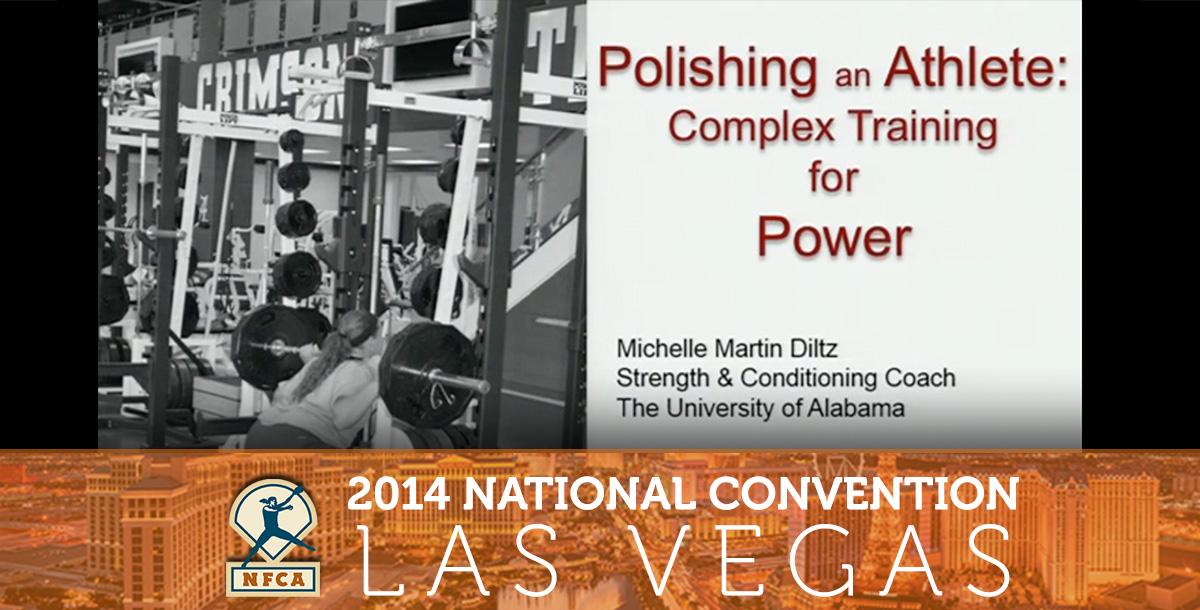 Polishing an Athlete: Complex Training of Power and Speed Strength

1 Polishing an Athlete: Complex Training of Power and Speed Strength 0:00

Michelle Martin-Diltz has been the strength and conditioning coach for the University of Alabama softball and women’s golf teams since 2005. During this time, she has been a part of five SEC softball championships and two SEC golf championships. Martin-Diltz holds a bachelor of science in kinesiology from Texas Woman’s University, where was an outfielder for the Pioneer softball team under NFCA Hall of Fame coach Dianne Baker. She earned her master of science in sports physiology from Texas A&M with a focus on the performance of athletes. While in College Station, Martin-Diltz was a graduate intern with the Strength and Conditioning Department under master strength coach Raychelle Ellsworth as well as being a manager for the Aggie softball team under head coach Jo Evans.