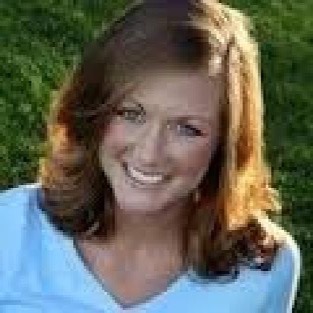 At the college level, Charity snagged ESPN the Magazine Academic All-American and NSCA Strength & Conditioning All-American honors, and she was named the 2006 Southern Miss Female Athlete of the Year.

She graduated from Southern Miss with highest honors, earning a degree in Business Administration, and continued her pro softball career both in the US (as a member of the Michigan Ice Women’s Pro Fastpitch team) and abroad. In 2009, she played her first season on the international circuit, winning the Swedish National Championship while posting a batting average of .610 and a slugging percentage of .987.

Charity founded Exceed Sports, LLC in 2009 and has since drawn from her combined experiences as both athlete and instructor to create two unique resources: the book Prep Steps™ 31 day guide to success for female Student-Athletes and the Fi Hitting System™, a cutting edge approach to mastering the Fastpitch softball swing.

Currently, as a Pro Speaker for Sports World, Inc, Charity travels the country speaking annually to more than 40,000 students, coaches, and educators. She is also an Assistant Softball Coach for the Gulf Coast State College Lady Commodores in Panama City, FL.

Charity is the founder of Exceed Sports, LLC and of the I HEART FASTPITCH Campaign. As a recognized expert in confidence building and confidence training, she also presents at coaching and leadership conferences, colleges, universities and other business seminars.
You should pick at least one course